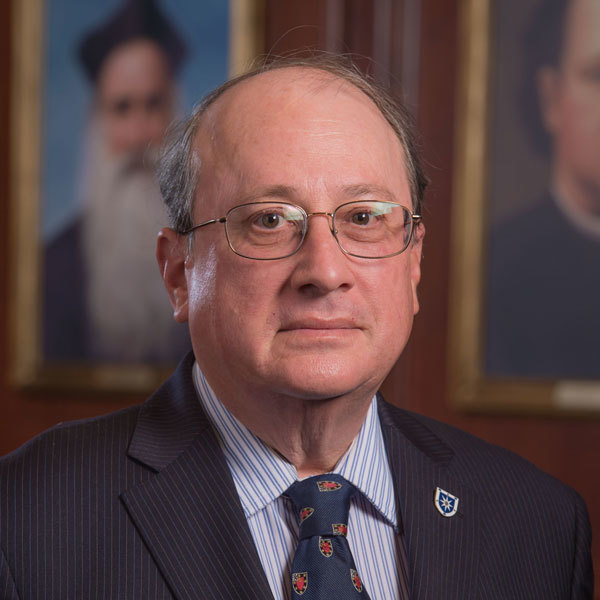 D'Arcy Jonathan Dacre Boulton was born in Toronto, Canada, in 1946, the only son of Dacre Fiennes Boulton, 12th Chief of Name of the Boultons of Moulton, Lincolnshire, and The Grange, Toronto — one of the leading families of early Ontario. He was educated at the University of Toronto Schools and Trinity College in the University of Toronto, where he specialized in medieval European history, with subfields in anthropology and linguistics.

He also inherited his father's talent and skills as a graphic artist, and worked during these years as an illustrator of a textbook on biology, a technical illustrator at the Royal Ontario Museum, and as a general illustrator at a firm of commercial artists. His own preference in this area was for heraldic art, which fit in well with his historical interests in the culture of medieval nobilities, and with his own family's traditions.

On obtaining his Honours BA in 1969 he went on to earn doctorates at the University of Pennsylvania and the University of Oxford, respectively in medieval studies and history, and in 1975 obtained his first position, at Davidson College.

While at Penn he had met and married his fellow medievalist, Maureen McCann, whom he carried off to Oxford and Davidson. She then carried him off to Boston, where she was hired at Brandeis, and he at Harvard. In 1985 they were both offered jobs at Notre Dame, and taught there until their retirements in 2015 and 2017. (See CV). On retirement, both moved back to his native Toronto, and were made Fellows of the Pontifical Institute of Medieval Studies and Members of the SCR of Trinity College.

He keeps active in his field, examining, presenting papers, working on books, articles and reviews, and as the president of a society and editor of a journal. They summer in S. Bend.