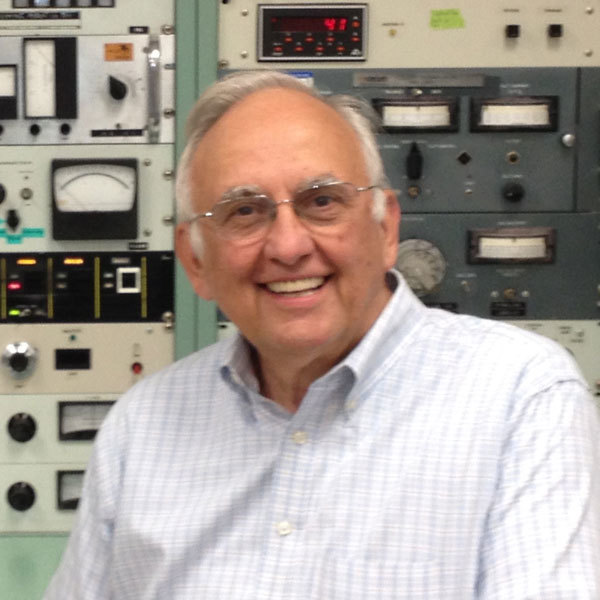 Professor Kolata received a B.S. in physics from Marquette University in 1964.  He earned his Ph.D. in physics from Michigan State University in 1969.  He spent one year as a National Research Council postdoctoral fellow at the Naval Research Laboratory, two years as a postdoctoral research associate at the University of Pittsburgh, and five years as a staff scientist at Brookhaven National Laboratory, coming to Notre Dame in 1977.  He was a visiting scientist at the University of Strasbourg, France, Argonne National Laboratory (ANL), and the National Superconducting Cyclotron Laboratory (NSCL) at Michigan State University, and an adjunct professor at the University of Michigan from 2003 to 2013.  Dr. Kolata was a past chairman of the executive committee of the users’ group at the NSCL and at the ATLAS facility at ANL , and a past member of the executive committee of the users’ group at the Holifield Radioactive Ion Beam Facility at Oak Ridge National Laboratory.  A corresponding member of the National Academy of Sciences of Mexico, Dr. Kolata was awarded the 2000 Joon S. Moon Distinguished International Alumni Award of Michigan State University for his work in promoting physics research in Mexico and Brazil.  A senior fellow of the American Physical Society, he most recently was a member of the editorial board of Physical Review Letters from 2013-2019.  The author of more than 300 research articles in nuclear physics in refereed journals, he has recently had two books published by the Institute of Physics in the United Kingdom and Morgan & Claypool Publishers in the US.  The first, Elementary Cosmology: From Aristotle’s Universe to the Big Bang and Beyond (2015), was based on lecture notes for a course he developed for non-science majors at Notre Dame.  The second was Neutron Stars, Black Holes, and Gravitational Waves (2019).