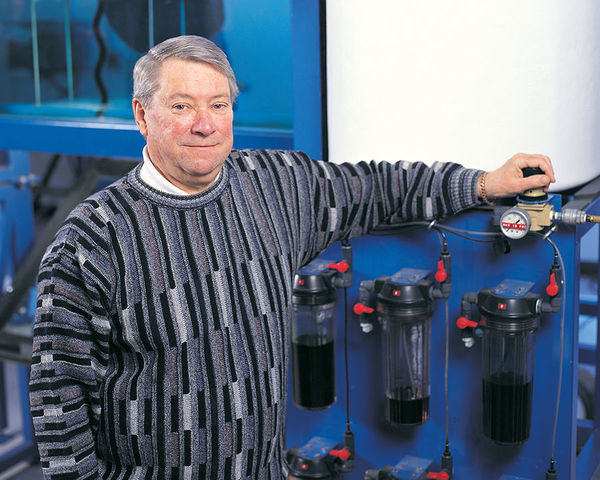 Albin A. Szewczyk, professor emeritus of the College of Engineering, passed away peacefully at Hospice House in South Bend on August 17, 2020.

He will be remembered by family, friends, and colleagues for his love of traveling, golf, Notre Dame, and family, as well as his devotion to teaching.

Szewczyk was born in Chicago in 1935. He was a starting athlete for football, basketball, and hockey throughout high school years. He earned his undergraduate in engineering from Notre Dame in 1956 and his master’s degree in 1958. In 1961, he earned his Ph.D. from the University of Maryland.

He returned to Notre Dame as an associate professor in the Department of Aerospace and Mechanical Engineering in 1965 and was named a full professor in 1967. In addition to his teaching and research commitments, he served as department chair from 1978 to 1988. He also served as visiting professor at the Imperial College of Science, Technology, and Medicine in London and visiting professor and scientist at the Kernforschungszentrum in Karlsruhe, Germany. He retired from teaching in 2002, having directed more than 40 graduate students, including 15 Ph.D. and 25 master’s degree recipients.

For more than 30 years he was also a member of the Algonquin Table at Notre Dame’s University Club, a group of colleagues and lifelong friends with whom he shared many memories.

“When I arrived at the University in 1986, Al Szewczyk was chairman of the department,” said Mihir Sen, professor emeritus of aerospace and mechanical engineering. “He set the tone for collegiality in the department, and he and his wife Barbara often opened their home to faculty members, extending their family to include departmental colleagues and their families.”

“Al Szewczyk was an outstanding scholar for whose work I have the deepest admiration. As the department chairman, he was a motivating factor in my decision to come to Notre Dame,” said Flint O. Thomas, professor of aerospace and mechanical engineering. “Thirty-two years later, I can say he was responsible for one of the best decisions I ever made.”

Another friend and colleague, Raymond Brach, professor emeritus of aerospace and mechanical engineering, said “In addition to his many notable professional accomplishments, Al Szewczyk was proud of his Polish heritage. He was proud to have been born and raised in a Polish neighborhood in Chicago, and saddened when he visited the Auschwitz Concentration Camp Museum and Memorial in Poland by the many Szewczyks in the list of victims.”

Expressions of sympathy on behalf of Albin may be made to the Evans Scholars Foundation, 2501 Patriot Boulevard, Glenview, IL 60026.

Link to his obituary.