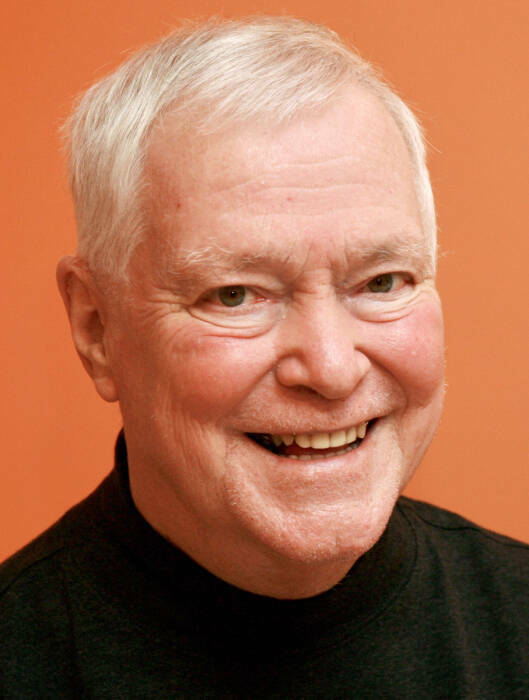 James R. Langford, director of Notre Dame Press for 25 years and a longtime community leader in service to inner-city children, died March 3 in South Bend. He was 84.

Raised in South Bend, Langford overcame a stroke at birth to become a state tennis champion at St. Joseph High School, followed by enrollment in 1955 across the street at the University of Notre Dame, where he majored in journalism.

He felt a call to the priesthood and joined the Order of Preachers (the Dominicans) after his first year in college but continued his studies at Notre Dame, ultimately earning one bachelor’s and four graduate degrees. After four years, he left the Dominicans and pursued a career in publishing, as a copy editor and acquisitions editor for Doubleday and then as executive editor of the University of Michigan Press.

Langford returned to his alma mater in 1974 to serve for a quarter century as director of Notre Dame Press, the largest Catholic university press in the world, publishing 50 to 60 academic and general interest titles annually. He also taught in Notre Dame’s Core Course and was recognized with a Kaneb Teaching Award.

The Alex Kotlowitz book “There Are No Children Here” inspired Langford and his then-wife, Jill, to co-found a day camp in 1994 on 16 acres near Lakeville, Indiana, about 16 miles south of the Notre Dame campus. Christened “There Are Children Here,” for 17 years the facility provided numerous outdoor activities, reading sessions, theater, snacks and just general fun for thousands of underprivileged children from the South Bend-Elkhart region to as far as Chicago.

Langford retired from Notre Dame in 1999 but kept his hand in the publishing business as a consulting editor for the Rowman & Littlefield. He then co-founded Corby Publishing Co. in South Bend, which has published hundreds of books that “reflect the values cherished” by Notre Dame. Langford was the author of 12 books, including five books on his beloved Chicago Cubs and a memoir, “The Times of My Life.”

“I knew happiness when I was a Dominican, in my publishing work, writing, marriages and parenthood,” he wrote in his memoir. “But none of these experiences could rival the happiness I discovered working on a daily basis with the children and volunteers at There Are Children Here. Those were and will always be the happiest years of my life. And I know the reason this is so. It is simply the paradox that you must lose yourself to find yourself, and empty yourself to be filled with joy.”

Langford is survived by his companion, Nimbilasha Cushing, as well as four children, six grandchildren and other family members and many friends.

A visitation will take place from 2 to 5 p.m. March 20 (Sunday) at Palmer Funeral Home-Hickey Chapel, 17131 Cleveland Road, South Bend. A Mass of Christian Burial will be celebrated at 9:30 a.m. March 21 (Monday) at Notre Dame’s Basilica of the Sacred Heart.

Originally published by Dennis Brown at news.nd.edu on March 08, 2022.