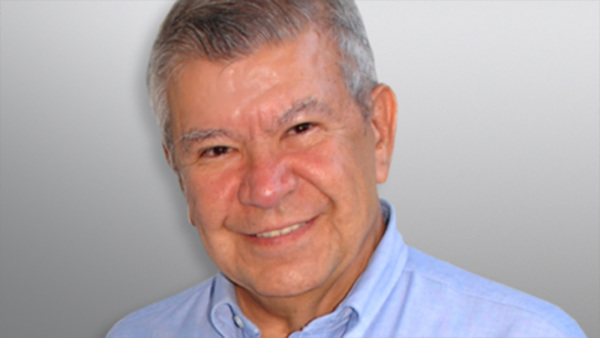 Jorge A. Bustamante, the Eugene P. and Helen Conley Professor Emeritus of Sociology at the University of Notre Dame, died March 25. He was 82.

A sociologist whose research centered on the dynamics of international migration, Bustamante’s work advanced public and academic discourse regarding circumstances at the U.S.-Mexico border. His devotion to advocating for human and labor rights for immigrants worldwide led to his native Mexico nominating him for the 2006 Nobel Peace Prize.

Bustamante wrote more than 200 scientific publications on issues of international migration between Mexico and the United States and on the Mexican population living in the U.S. His research was published in sociology magazines and journals in the United States, Germany, France, Switzerland, Japan, Venezuela, Argentina, Spain and Mexico. He was quoted as a leading expert in the field of international migration by most major U.S. newspapers and made TV appearances on “Nightline,” “60 Minutes” and the “MacNeil/Lehrer NewsHour.”

“Professor Bustamante’s scholarship was informed by the experiences of the vulnerable and pointed to ways of making society more welcoming, inclusive and generative,” said Rev. Robert Dowd, C.S.C., Notre Dame’s assistant provost for internationalization, a Kellogg faculty fellow and an associate professor of political science. “At the heart of his work was the recognition of the inherent dignity of each and every human being regardless of ethnicity, race, religion or immigration status. He had a caring heart and a commanding intellect that together made him a powerful force for good.”

After receiving his law degree from Universidad Nacional Autónoma de México in 1959, Bustamante came to Notre Dame to study sociology and anthropology, earning his doctorate in 1975. He joined the Notre Dame faculty in 1986 and was a faculty fellow at the Kellogg Institute for International Studies and served as associate director of the Institute for Latino Studies.

“For more than 40 years, Jorge Bustamante was the major scholar and public intellectual helping us understand migration from Mexico to the U.S. and migration around the world,” said Luis Ricardo Fraga, ILS director and the Joseph and Elizabeth Robbie Professor of Political Science. “He was an active presence at the Institute for Latino Studies. Students loved his seminars. He lived his values of justice, human dignity and human rights. I will dearly miss my friend and colleague.”

Over the course of his career, Bustamante received the American Sociological Association’s Cox-Johnson-Frazier Award, one of the two highest honors granted to a sociologist in the U.S., and the National Jurisprudence Award, presented by the Mexican Bar Association to honor his work for the human rights of migrants. He was honored twice by presidents of Mexico — in 1988, his research on international migration earned the Premio Nacional de Ciencias, the highest national award the Mexican government grants to scientists, and in 1994, he received the National Demography Award.

In 1997, Bustamante was appointed to a new, five-member United Nations committee to study the relationship between international migration and human rights worldwide, and he was subsequently elected the committee’s president. In 2001, he was named to the advisory group on immigration and population policy by Mexico’s Ministry of Foreign Affairs. He also served as the United Nations’ Special Rapporteur for the Human Rights of Migrants from 2005 to 2011.

Bustamante was also a professor emeritus of El Colegio de la Frontera Norte, a research and degree-granting institute in Tijuana, Mexico, which he founded in 1982.

Gilberto Cardenas, a Notre Dame professor emeritus of sociology, recalled Bustamante sharing his commitment to create that border research center in 1971, when they shared an office in the library while working for sociologist Julian Samora.

“Jorge’s contribution to migration and border studies has made a tremendous impact in the entire field of study since that time,” Cardenas said. “It has been an incredible experience for me to have collaborated with Jorge on a wide range of border projects, including sponsorship of arts and cultural programs in Mexico and throughout the United States. Jorge’s leadership throughout the years enabled the development of opportunities for transnational connections between organizations and government institutions in Mexico with the Mexican origin population in the United States, the likes of which were among the first of many that worked to close the gap across borders.”

Originally published by Josh Weinhold at al.nd.edu on April 13.