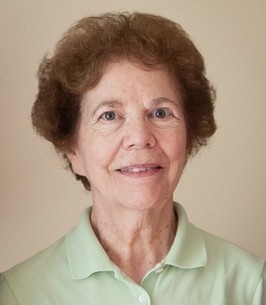 Dr. Brennan then moved to South Bend, Indiana, where she joined St. Mary’s College in 1955 as an assistant Professor of Philosophy. In 1959 she became the Department Chairperson. In 1971 she joined the University of Notre Dame and received tenure in 1978. She was the first female faculty member to join the Philosophy department at Notre Dame.

She specialized in the early Greek and Existentialist Philosophers including Aristotle, Plato, Whitehead, Sartre, and Kierkegaard. Dr. Brennan published many articles in her field and was given the Sheedy Award for Excellence in Teaching in 1982. She also served on the Notre Dame Board to screen prospective Rhodes and Marshall Scholars.

On December 21, 1960, in Sacred Heart Parish at the University of Notre Dame, she married Dr. Joseph X. Brennan, who passed away October 25, 2010. Together, Sheilah and Joseph were devoted parents to their two sons. They were lovers of the arts and Sheilah particularly favored the artist El Greco and composer Vaughn Williams. Together, they were avid gardeners, maintaining extensive and glorious flower gardens that surrounded their white Cape Cod house.

Mass of Christian Burial will be celebrated at 11:00am, April 19th at the Holy Family Catholic Church in Essex Junction, Vermont with Reverend Charles H. Ranges, SSE officiating. The service will be streamed online on the church website at: https://essexcatholic.vermontcatholic.org/live-stream-button. Graveside services and burial will follow at a later date.

We would like to thank the Memory Care staff at Mansfield Place for such wonderful support of Sheilah over the last several years. They made her feel comfortable and loved while in their care.

Expressions of sympathy on behalf of Dr. Brennan may be offered to the Cure Alzheimer’s Fund at https://curealz.org/outreach/in-memory/sheilah-brennan/

Online condolences to the Brennan family may be sent to www.awrichfuneralhomes.com.