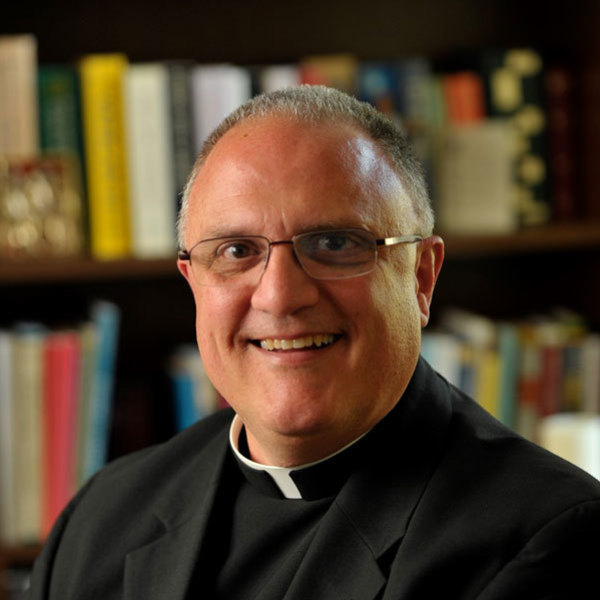 Father Ron Nuzzi is a priest of the Diocese of Youngstown, Ohio USA, and currently serves as the Executive Director of Equitable Access & Excellence at Catapult Learning.  Ordained in 1984, Nuzzi has served as a parish priest, teacher, school administrator, university professor, and retreat leader, has taught and served in Catholic elementary, secondary, and tertiary institutions. He has developed leadership programs for aspiring Catholic school principals at the University of Dayton, Saint Louis University, and the University of Notre Dame.

​His research interests and publications address the emerging needs of Catholic educators and include a two-volume encyclopedia on Catholic schools in the U.S., A Handbook of Research on Catholic Education, Gifts of the Spirit: Multiple Intelligence Theory in Religious Education, a national study of pastors and their relationships to Catholic schools, and most recently a study on leadership succession planning for the National Catholic Educational Association (NCEA).

​Fr. Nuzzi has conducted two research tours at the Vatican’s Congregation for Catholic Education and served as a national delegate to the World Congress on Catholic Education in November 2015 at the Vatican, called by Pope Francis to celebrate the 50th Anniversary of Vatican II’s Declaration on Christian Education, Gravissimum educationis. Nuzzi frequently helps support the United States Conference of Catholic Bishops (USCCB), providing current research on the state of Catholic schools and serves as an educational consultant and researcher for a variety of dioceses and religious congregations. He has conducted studies of seminary education for the bishops’ and consults regularly on strategic planning, personnel, and governance issues. Pope Francis named him a Missionary of Mercy in 2015, a ministry which he continues today.

​Fr. Nuzzi has been a frequent presenter of professional development opportunities in Canada. He has been the leader of the Blueprints and Spice Conferences in Kananaskis on four separate occasions, and has presented to Catholic educators throughout Alberta, British Columbia, and Ontario. He also has lectured at Mary Immaculate College in Limerick, Ireland, and served as a visiting professor at the University of Notre Dame in Fremantle, Australia.

​He retired from the University of Notre Dame’s Alliance for Catholic Education (ACE) in July 2017 after fifteen years of service as the founding director of the Remick Leadership Program and immediately began his work with Catapult Learning where he continues his advocacy in support of Catholic education.