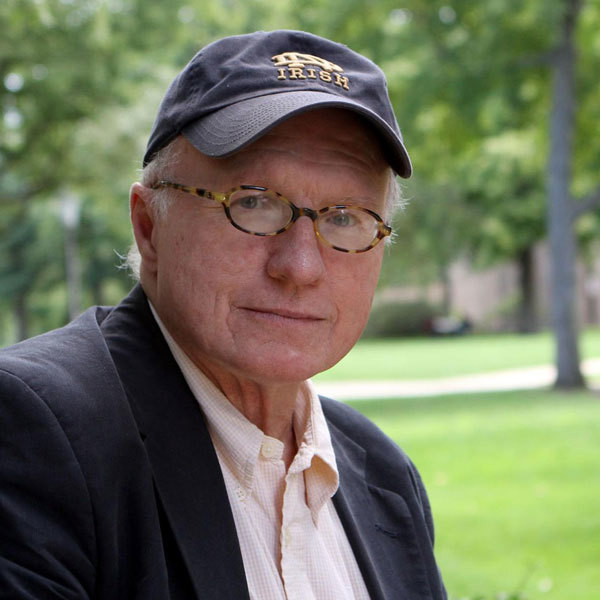 Teaching at Notre Dame (and two earlier schools), I was always doing double duty: writing and teaching. I had published two novels before coming to Notre Dame, along with a nonfiction book and an edited volume, and another two novels while here before retiring.

Emeritus status has let me have one job, in the main, writing. I have published twelve volumes, both fiction and nonfiction and edited two, and have been working on another novel since retirement called A Devil's Workshop, a sequel of sorts to my 1981 novel, Idle Hands. And I published a collection of shorter nonfiction, Politics and the American Language, this year (2020).

I was the founding director of the English Department's graduate creative writing program, which began in 1990-91. I have also continued as Editor Emeritus of the Notre Dame Review. After a checkered undergraduate career at what was then called a streetcar university, the University of Missouri at Kansas City, I went off to Columbia University in 1968 and left in 1970 with an MFA, stayed in NYC for a bit, and then went to Harrisburg, PA, and wrote a book about Catholic radicals (and one Muslim Pakistani) called The Harrisburg 7 and the New Catholic Left that appeared in 1972. My first full-time academic job was at Rutgers University in Newark, NJ. The second was at Mount Holyoke College in South Hadley, MA. Finishing my teaching career here at Notre Dame, given my first book, seems appropriate. Fitting, at least.